The Origin of Shaper 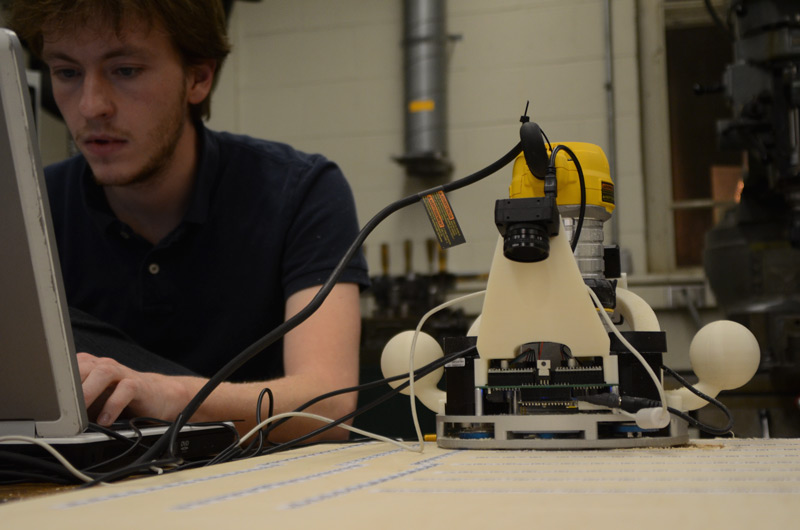 When Alec Rivers inherited his grandfather’s old hand tools, he began building something far bigger than he ever imagined.

As he tried to make a picture frame with his grandfather’s tools, Alec discovered the difficulty in making this seemingly simple shape. With his basic skills, he could get close to precise cuts, but "close" meant that his frame had gaps in all the corners. So Alec, a PhD candidate at MIT armed with a computer science background, wondered if technology could help. On leave from his degree, he set to work on a prototype for a handheld digital router that could help people produce precise cuts. And so began a mission to make making easier for everyone.

In the fall of 2011, Alec returned to MIT with a prototype for a one-axis handheld CNC router in hand. There he was introduced to Ilan Moyer, one of MIT’s most proficient digital tool designers. Ilan had been immersed in digital fabrication and the maker movement through his involvement with the MIT Center for Bits and Atoms, Fab Labs, and his thesis titled Rapid Prototyping of Rapid Prototyping Machines.

Working together, the pair turned the one-axis machine into the two-axis machine that would become Shaper Origin. Upon graduation, they realized this was the product they wanted to put in the hands of people around the world, and they began to search for investment to propel their invention from an idea to a startup.

Alec had a pivotal investor meeting with Avidan Ross, the founder of Root Ventures, at a coffee shop in Los Angeles. He walked in with a cardboard box of parts and walked out with his first “yes!”. To celebrate, he spent his final $20 on dinner, leaving exactly 26¢ in his bank account. 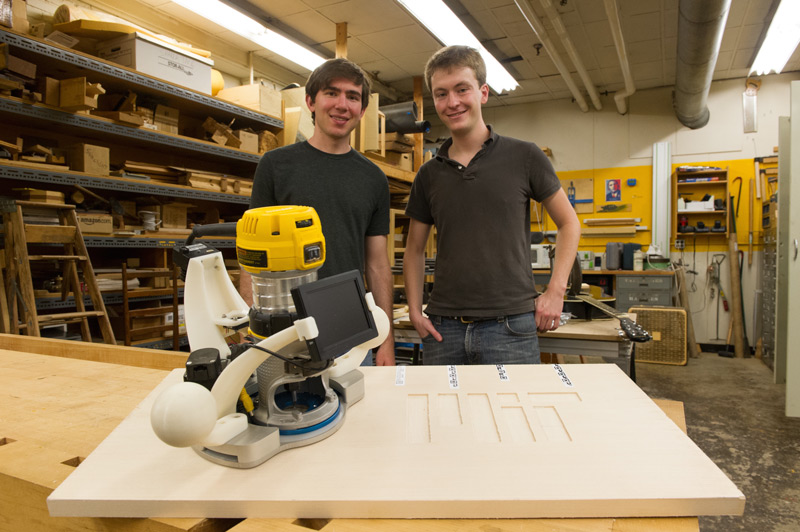 Shaper began picking up steam with a full-length article in the New York Times, increasing buzz across the Maker community (including multiple Maker Faire Editor’s Choice Awards), and the company’s first hires. So, the company relocated to the Bay Area, the hub of both the startup universe and the Maker movement.

Steady growth became traction with the joining of Joe Hebenstreit, now Shaper’s CEO, who had led the product development team at Google Glass. Under Joe’s leadership the team got serious about delivering a real product, and spent a full year pushing 10 working prototypes to (and occasionally beyond) their limits in both the workshop and with people in the field.

Shaper has evolved into a team from MIT, Apple, Amazon, Google, and Tesla, all of whom share the same goal of bringing this first-of-its-kind technology to market. Today, five years, six prototypes, and many thousands of hours later, the proud team at Shaper is thrilled to turn Origin over to you.

And to think that it started with one picture frame.