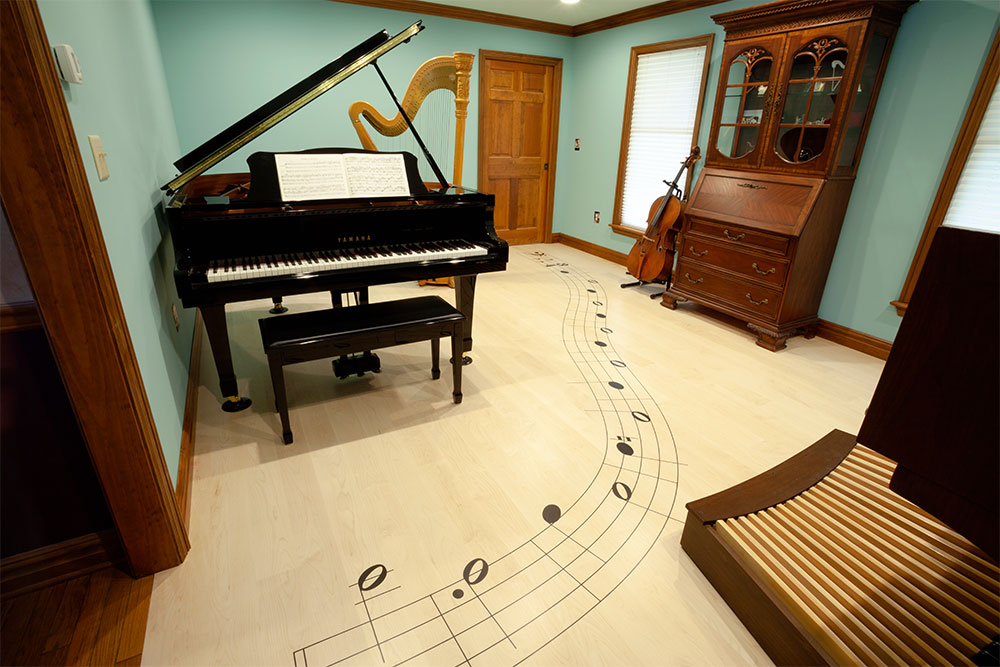 Mark Scheller is well-known as an industry leader in custom hardwood floors. In his 27 years of experience, he has won eight Wood Floor of the Year awards, constantly expanding the bounds of what is possible in the worlds of hardwood flooring design and technique.

When first learning about Origin last fall, he told Wood Floor Business “The idea of having a CNC machine that you’re able to bring to the site and work on, rather than a CNC machine bolted down in the shop, is a game-changer.” Since then, he has had a chance to try Origin on a project he has wanted to do for years.

Three years ago, he had a client approach him with a particular project in mind, but he found himself putting it off. He knew the effect that he wanted to achieve, but he could not figure out a way to achieve it while still maintaining the integrity of design he wanted. “I could have done it without Origin but it would have been a major chore. It would have required forms, jigs, and templates. The accuracy would have been really difficult, if not impossible to achieve at a level I would have liked it.”

With assistance from Shaper’s experimental design service team, Mark inlaid the first nine bars of Handel’s Passacaglia in a sinuous 22-foot long ribbon made from ebony in a solid maple floor. Despite initial reservations about the scale of the project, he found that Origin adapted well to the size of the project. “Placing it on the floor using the grid tool was pretty straightforward. I made a line perpendicular to the courses in the floor and then registered the corner of the pattern to the corner of the layout line and just set the graphics on top of it.” 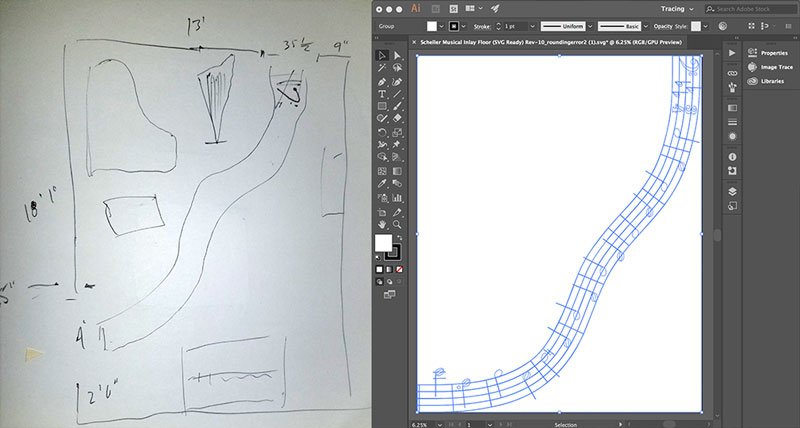 Origin allowed Mark to retain control of every step of the process, from design to execution. “I liked being able to do it all - from concept to finish. As the artist, I want to have control over the whole process.” Mark cut every component on site and was able to make adjustments on the fly as needed, using the built-in offset function. The musical note inlays are cut a few thousands of an inch into the flooring. “As I was working, I got a feel for what was needed to make them fit precisely,” he says. “They were what I call ‘suction fit.’ They would slide in with a comfortable feeling, but they were not going to come back out” 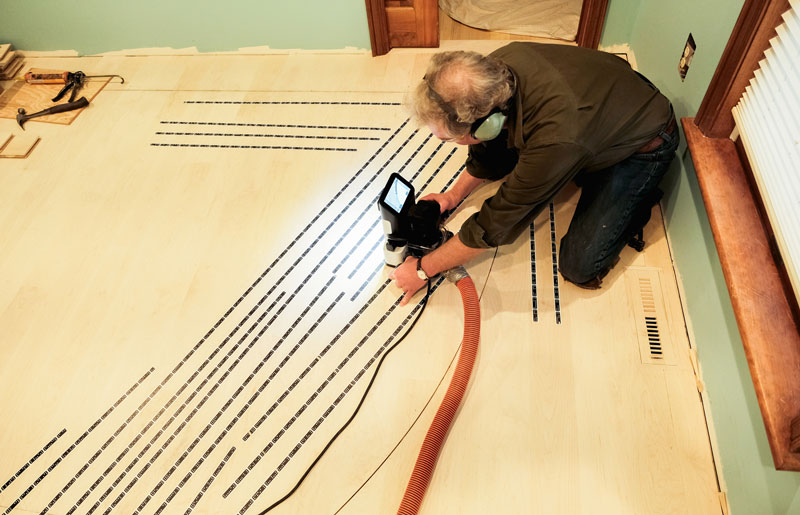 He compares the technological advances that Origin represents in the woodworking industry to “what happened in the aeronautics industry in the 50s. Putting the tools to make more precise and intricate and inventive projects in the hands of the people who are actually doing the work. Tools improve and then the work improves.”

To learn more about the project directly from Mark, join the Shaper’s demo session at 2:25PM this Friday, April 13, at the National Wood Flooring Expo in Tampa. We will also be at booth 821 where you can try out the tool for yourself.